Born in Montreal in the parish of St-Henri-des-Tanneries, on june 1st 1932, Claude Dupras began his studies at the elementary school Ste-Bernadette-Soubirous of Verdun, before continuing to Mont-Jésus-Marie boarding school, to the Notre Dame College and to the Mont-Saint-Louis college from 1945 to 1951, where he followed the scientific course and graduated.

In 1955, he obtained his degree in engineering from the Ecole Polytechnique of Montreal and a bachelor’s degree in Applied science from the University of Montreal. He attended advance training courses in modular and prefabricated buildings, ventilation, air conditioning and heating systems, energy conservation, cost management, planning and scheduling of construction activities.

In 1958, he founded a firm of consulting engineers, which became Dupras Ledoux Engineers, specializing in mechanical and electrical engineering, project and construction management and computer sciences.  During his career, he participated in nearly 2000 projects, both in Canada and abroad. 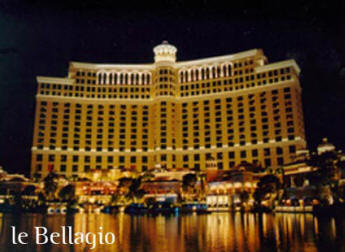 The Governor General of Canada recognized the good work of his firm on two occasions.  Indeed, in 1983, the Right Honourable Edward Schreyer awarded Claude Dupras an award of Excellence for Canadian consulting engineering, jointly offered by the Association of Consulting Engineers of Canada and the Canadian Consulting Engineering magazine, for a study of energy conservation and heating for the town of Grindstone in the Magdalene islands.

In 1998, the Governor-General of Canada, the Right Honourable Ramon John Hnatyshyn awarded his son André, partner and senior consulting engineer of the firm, the Ed Schreyer trophy, the award of excellence in Canadian engineering consultancy for the best engineering project of the year in Canada for the design of mechanical and electrical systems of the great hall of the Bellagio casino in Las Vegas, where the show « O » is presented by the Cirque du Soleil.

On a professional level, his name is associated with many construction projects.  In the field of mechanical and electrical engineering, he participated in the following projects: the pavilions of Canada and Ontario at Expo 67, the 1976 Olympic Village for the XXI Olympic Games in Montreal, the Center for Nuclear Physics of the University of Montreal, many hospitals, more then 144 high schools and elementary schools, three federal penitentiaries, the building complex Bell Canada and National Bank in Montreal, the Institute of Materials Engineering of Boucherville, the Museum of Fine Arts in Montreal and the Canadian Museum of Civilization in Hull.

In project and c 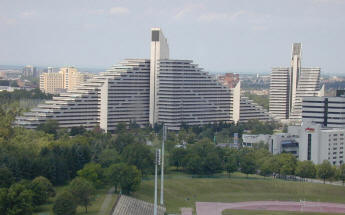 onstruction management, he accomplished many projects including the Montreal-Matin; the Journal de Montreal; the Jean-Talon center for Bell Canada; the buildings and studios of CFCF Inc..; of CF Cable TV, and of Television Quatre Saisons; the renovation of the head office of Hydro-Quebec; the development of the Police headquarters for the Urban community of Montreal; the headquarters of the Quebec teachers’ syndicate; the cinema complex, new media and offices of Ex-Centris in Montreal.

In the field of data processing, his firm mechanized the operations for the budget and the accounting at the Ministry of Finance of Quebec and designed the ticketing system for the Grand Théâtre de Québec.

He also joined with other engineering firms for significant achievements. With Coté Cartier Piette Wermelinger, his firm created IRNES and directed the project RAS for the Montreal School Board, a project for the modular construction of new schools. In association with Tecsult and Pringle, he created Ecosult, a company for which he assumed the leadership and entered into partnership with Ecotek, an Algerian construction company, to create a joint Algerian engineering firm for a term of 15 years.

He was active in socio-economic organizations. He was the councillor for social affairs of the Student body of Polytechnique; vice president of the General Association of Students of the Montreal University; initiator and co-chairman of a committee to promote the holding of a World Fair in Montreal in 1967; president of the Junior Chamber of Montreal, he invited and was the host to Fidel Castro in Montreal in april 1959; vice-president of the Canadian Junior Chamber; board member of the Montreal Chamber of Commerce, one of the founders and president of Richelieu-Lasalle social club; president and founder of the parent-teacher association Notre-Dame-des-Rapides in LaSalle; member of the Société St-Jean-Baptiste de Montréal; member of l’Ordre de Jacques-Cartier; member of the Knights of Columbus of Lasalle; founder and member of the board of directors of the Inter-social club in Montreal; a board member of the centennial Canadian engineers celebrations and co-chairman of Canada 125 to organize the national celebrations of the 125 th anniversary of the country.

In recognition of his contribution, he received in 1953 the merit « Po » of the Association of Poly students, and the following year a unique merit « Po with laurels. »  In 1955, he was awarded the gold merit of the student body at the U of M.  In 1959, he was appointed Senator of the Junior Chamber International.

Always active in politics, he was a city councillor of his hometown Estérel, he also served in various capacities in the Progressive Conservative Party of Canada, including those of chairman of the Organizing Committee for the 1968 federal election in Quebec, and leader of the Quebec wing of the party as President of the APCFQ from 1971 to 1976. In august 1979, the canadian prime minister Joe Clark offers to name him senator of the Canadian senate, he refused the nomination. He was the PC candidate in the riding of St-Henri-Westmount in the 1980 general election. He participated in the Quebec referendum of 1981 as vice-Chairman of the “No” campaign committee under the leadership of Mr. Claude Ryan. He co-chaired the 1983 leadership convention of the PC party where Brian Mulroney was elected as leader of the party. He was also elected leader of the Civic party of Montreal and became candidate for mayor of Montreal in the 1986 November election.

In 1998, after 40 years of practice of consulting engineering, he retired.  His son André succeeded him as head of the firm.

His hobbies include jogging (he participated in three Montreal marathons), hiking, bicycling, tennis, music, gardening, snookers, sailing, yachting, scuba diving, reading, writing, winegrowing, olive growing, traveling and computer sciences. In 2005, he published « Itinerary of a little guy from Verdun, » the first volume of his memoirs « And to think that I was there! », he created his website the time of Claude and his daily blog.  He is also writing a column for the Internet magazine Planet Quebec.

Claude Dupras is married to Manon Dufresne, LL.L., since 1956.  They have three children: André, an engineer; Yves, a lawyer and Louise, a publicist.  They are also fortunate to have five grandchildren.